Charlotte Hogg, the Bank of England director forced to resign over a conduct breach last week, received briefings on confidential regulatory issues, calling into question her claim that having a brother at Barclays posed no conflict of interest.

Minutes to the Bank’s Court meetings show that Ms Hogg was given several early briefings on matters of financial regulation that would have been of interest to Barclays. Asked to comment, the Bank did not deny that there appeared to be a conflict.

Ms Hogg, 46, resigned as deputy governor and chief operating officer last week after MPs criticised her for failing to disclose to the Bank for almost four years that her brother was a director in the Barclays strategy team. The oversight put her in breach of the Bank’s internal code that she helped write.

She resigned for what she claimed was an “honest mistake” but the fiasco has thrown a spotlight on the Bank’s governance after senior directors tried to present her error as a minor procedural breach. MPs have now launched a review into governance at the 323 year old institution.

Ms Hogg joined the Bank in 2013 as chief operating officer and was promoted on March 1 this year to deputy governor, a post she held for just 13 days after the error over her brother’s job emerged. The Bank’s defence of Ms Hogg has centred on the claim that there was no conflict of interest in her original roles as chief operating officer because she had no regulatory responsibility.

Minutes to the Court meetings show, however, that she was given early sight of the leverage ratio, one of the most critical regulatory judgements since the financial crisis, as well as advance briefings on the high street banks’ stress tests.

Details of the degree of confidential regulatory material she received will pile pressure on Anthony Habgood, chairman of the Bank, who gave assurances to MPs earlier this month that: “As chief operating officer there was no conflict there.”

He also approved the letter of apology from Ms Hogg to the committee in which she wrote “that no actual or potential conflict has arisen to date . . . and the perception of conflict would have been most unlikely”. Mark Carney, the governor, did not see the letter before it went to MPs.

As chief operating officer, though, Ms Hogg attended Court where confidential information was shared. In October 2014, “Court was briefed on a confidential basis about the leverage ratio announcement expected later in the week . . . and on the UK variant stress test to be announced in December”, the minutes state.

In December 2014, Court was given the results of the bank stress tests six days early and briefed “on the possible scenarios for the next year’s test”, almost four months before the banks were informed. In April 2015, Court was informed two months early about the “outputs” of the fair and effective markets review, the regulatory response to market rigging.

Last December, Ms Hogg attended a Court briefing “on recent issues relating to individual banks”, although the minutes did not reveal which ones.

Asked to comment on the apparent conflicts, a spokesman said: “The Bank announced that it was launching an independent review into what lessons should be learned from this case. 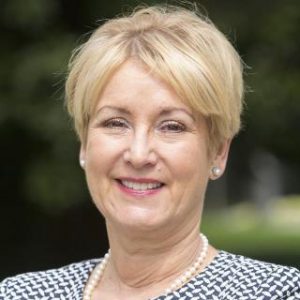 “This includes whether the Bank’s internal processes and structures are adequate to ensure full and timely compliance with its Code of Conduct, especially by senior members of staff. That review is starting and will be made public upon its conclusion. The Bank will not be commenting in the interim.”

Two women have emerged as leading contenders for the Bank of England roles left vacant by Charlotte Hogg’s resignation. Elizabeth Corley, former boss of Allianz Global Investors, is believed to be a top candidate for deputy governor.

Sonya Branch, the Bank’s general counsel, is a potential chief operating officer. The appointment of two women would help reset the gender balance. Ms Hogg’s departure follows that of Dame Minouche Shafik, a deputy governor who left last month. Kristin Forbes, the remaining woman on the rate-setting committee, will leave in June.

The website is fully dedicated to helping others evolve from being employees to business owners. It may sound scary, but the truth is that the only thing you need to succeed is a strong desire to reach your financial freedom. We’ve already helped hundreds of clients start their own businesses.

Sometimes all you need is make the first step. Direct Launcher is always here to guide you on your way to success.

What is legal outsourcing and why should you consider it? https://directlauncher.com/what-is-legal-outsourcing-and-why-should-you-consider-it/

Why is it important to fill out a RIDDOR report? https://directlauncher.com/why-is-it-important-to-fill-out-a-riddor-report/

Why are Startups So Specialised? https://directlauncher.com/why-are-startups-so-specialised/